Our selection of Motorcycles 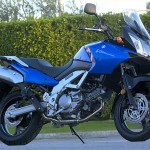 Suzuki V Strom 650 – for every kind of travel 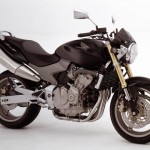 a href=”http://motorcyclerentalitaly.com/wp-content/uploads/2012/01/cb600f5_3B.jpg”>Is it comfy on a long trip? Yeah it is, the ergonomics are absolutely spot on for just about any of our species – not that you’ll spend a long time in the saddle though as the 16 litres in the fuel tank can disappear at a rate of as little as 11km/l if you work the throttle and http://hookuphangout.com/casual-dating/ gearbox and enjoy the thing. Honda’s Hornet Italian Styled 600 has been around for some years now and has proved popular with both novice riders and those with more experience. 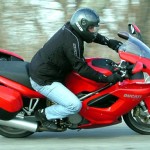 Ducati ST3 – comfort on the go

The Ducati ST3 used the liquid cooled Desmotre (three valve desmodromic valve) engine. The design was aimed at meeting anti-pollution limits. It is a trellis framed sports tourer with a protective fairing, and colour matched panniers. Ducati can rely order mail order brides on a bulletproof chassis when it comes to road holding. Tight corners, large bends, the ST3 is very much at home. With simple encouragement, the machine will go where you happen to point it. Beyond its comfort, one of the top selling points of the Ducati brand is of course its enormous versatility. 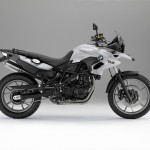 BMW’s new F700GS and F650GS, nor is it much of a GS, which is a confusing introduction to the machine. But if the marketing people were guilty of some convoluted thinking, BMW’s engineers appear to have known exactly what they were doing, as it’s a cracking good motorcycle. The new twin though is happy to be trickled along at little more than walking pace with reasonable smoothness. Then turn the twistgrip and it pulls away smartly and predictably, moving into the strong mid-range where it’s most comfortable.

TRIUMPH Bonneville the “must” classic twin 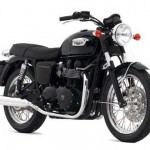 A true roadster, the Bonneville matches classic British style to 21st century technology. This pairing of authenticity – was introduced in 1959 – with modernity has led the Bonneville to become an icon in its own right with several famous designers creating their own signature tank designs. A cool way to cover the urban landscape; the Bonneville is agile in jammed streets and at home blatting down a leafy country lane. It has a pedigree few models can match plus a tangible credibility within today’s motorcycling world. 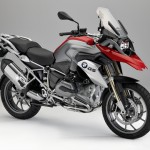 Would-be rivals failed to understand some key factors in the appeal of the GS, which has consistently struck such a delicate balance between genuine off-road ability, rugged looks, on-road agility and touring capacity. What a motorcycle. For some people it’s a universal tool. The “New GS” is not just able to handle everything, it is actually built to do so. And in this synthesis of easy handling, supreme touring suitability, off-road potential and comfort for rider and pillion passenger, there’s simply no other motorcycle which does it better. 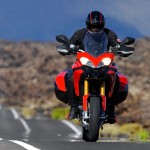 Ducati’s Multistrada 1200 is exactly that, four motorcycles in one – it’s a cross genre. Instead of the rider adapting to the environment, the bike does brilliantly. Imagine a bike that transforms with the press of a button to become a sports bike, a tourer, an enduro or urban commuter. The new Multistrada 1200 transforms every road into an unending thrill-fest. Skyhook suspension, which ensures the best set-up every inch of the way, and the stunningly smooth Testastretta 11° DS engine merge with unmistakeable Ducati appeal to provide the ride of your life. 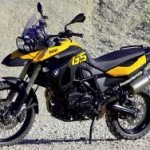 The F 800 GS is an Enduro bike like no other BMW Motorrad has made before; an 800cc machine with a full 85hp and torque of 83 Nm; all this while having a fully fuelled, road-ready weight of only 185 kg. There is also an extensive range of special accessories available for the F 800 GS, so that you can make your BMW even more individual. The perfectly balanced suspension is extremely sturdy, yet sensitive enough to absorb every last bump. 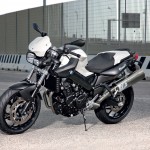 The new BMW F 800 R reflects the sportiness and agility in design highly dynamic as never before. The front side fairings have been redesigned. Now act as a cover of the radiator and are painted in the color of the bike, similarly to the fender of the front wheel. The sporty character of the naked bike is also enhanced by the spring of the rear, painted in red.